Good morning, Ponta Delgada! We only had one day on the island, and we really hadn’t planned anything (I think we’d run out of planning energy by then). So we wandered to the tourist train “station” to see what they had to offer. Saw the cutest houses on our walk. 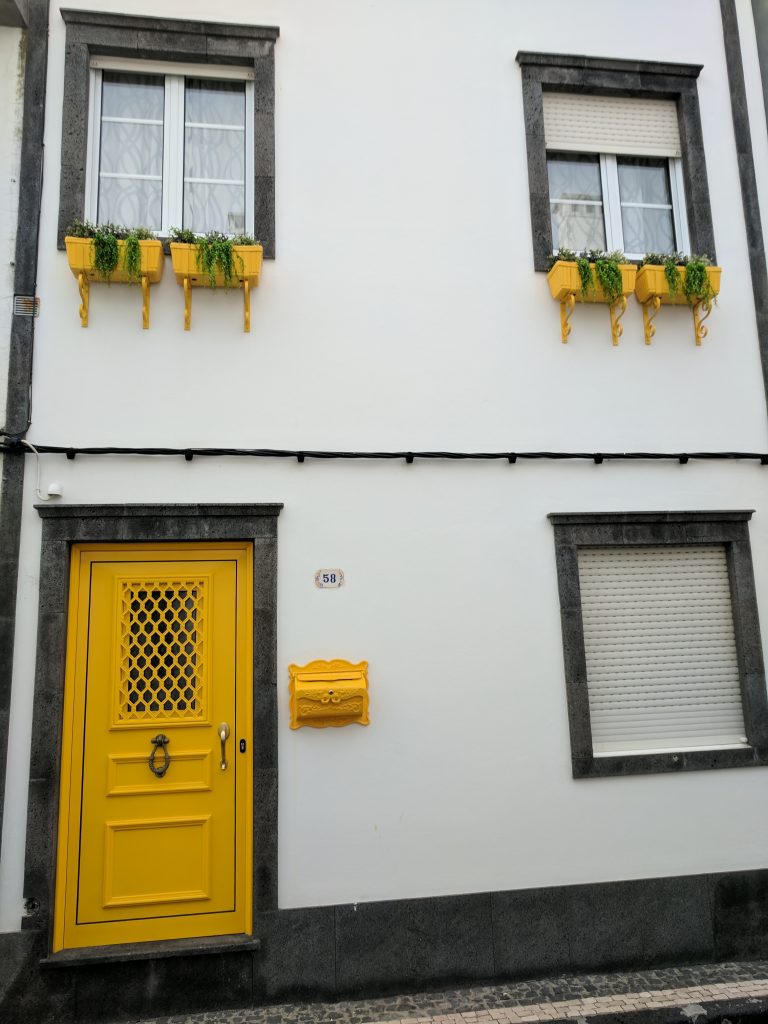 While waiting for our tour, we explored the Forte de S. Bras, a small fortress near the main harbor. 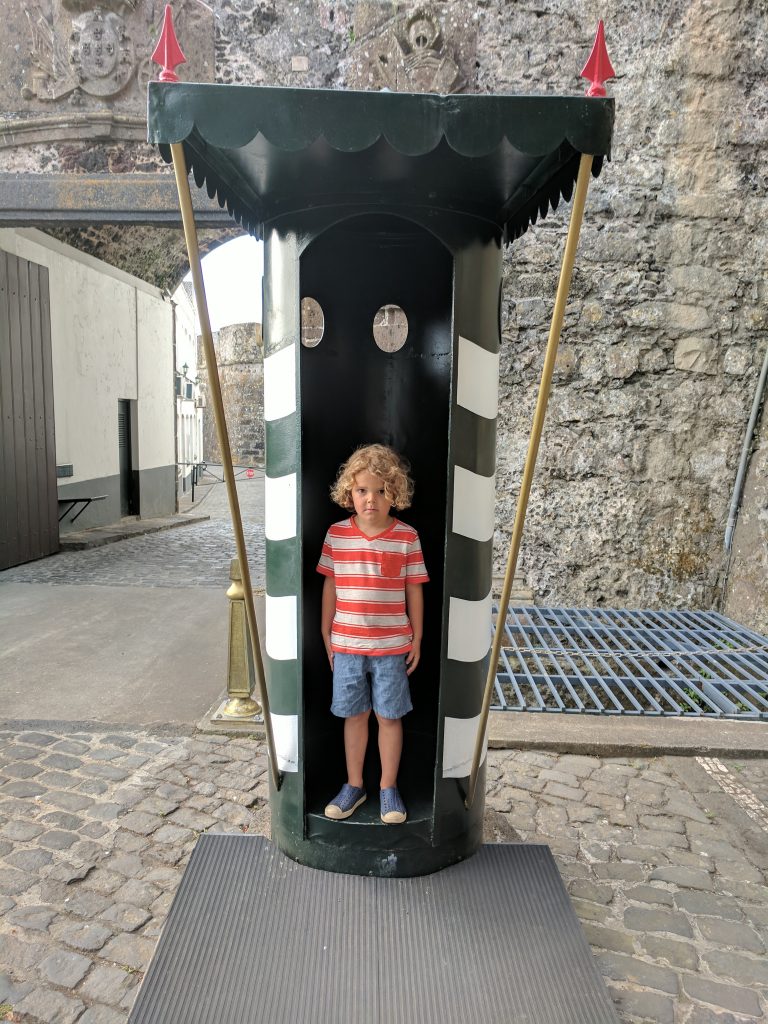 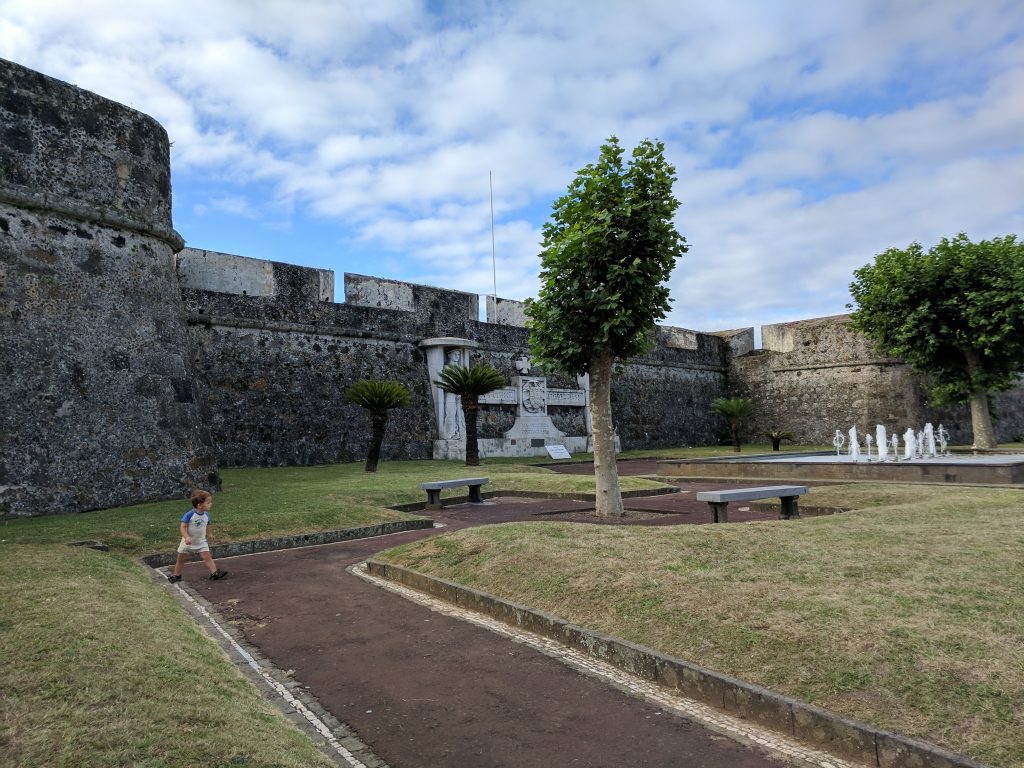 Then on to the “train.” We opted for the garden tour, which took us through lots of cool side streets and secret gardens. 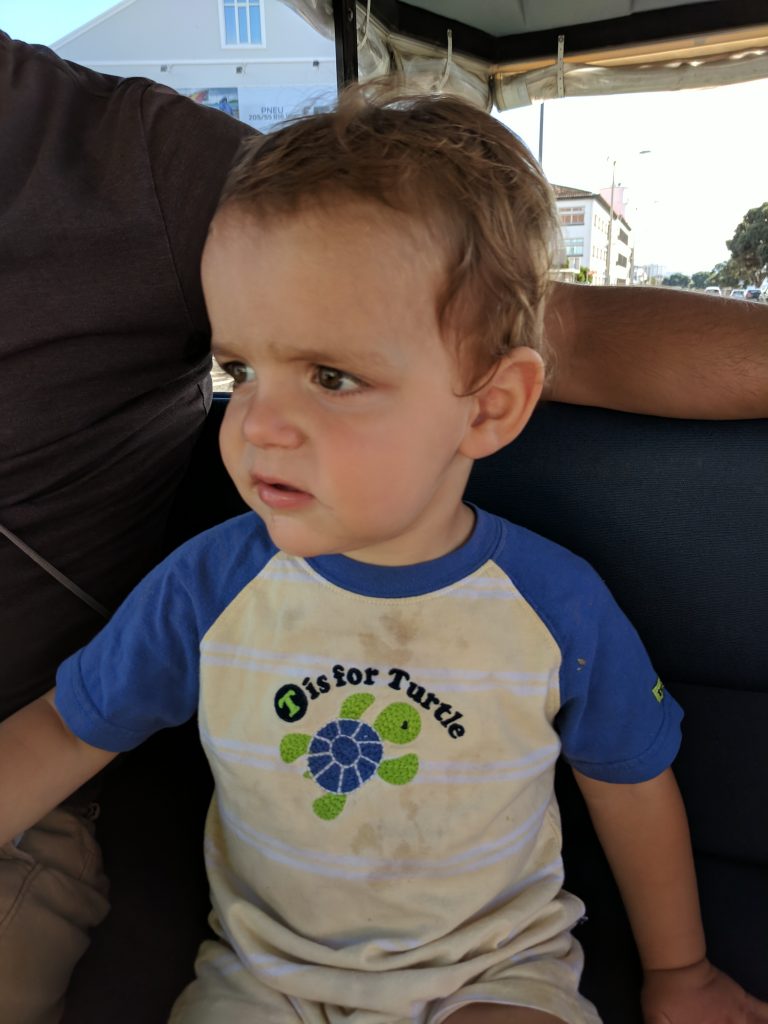 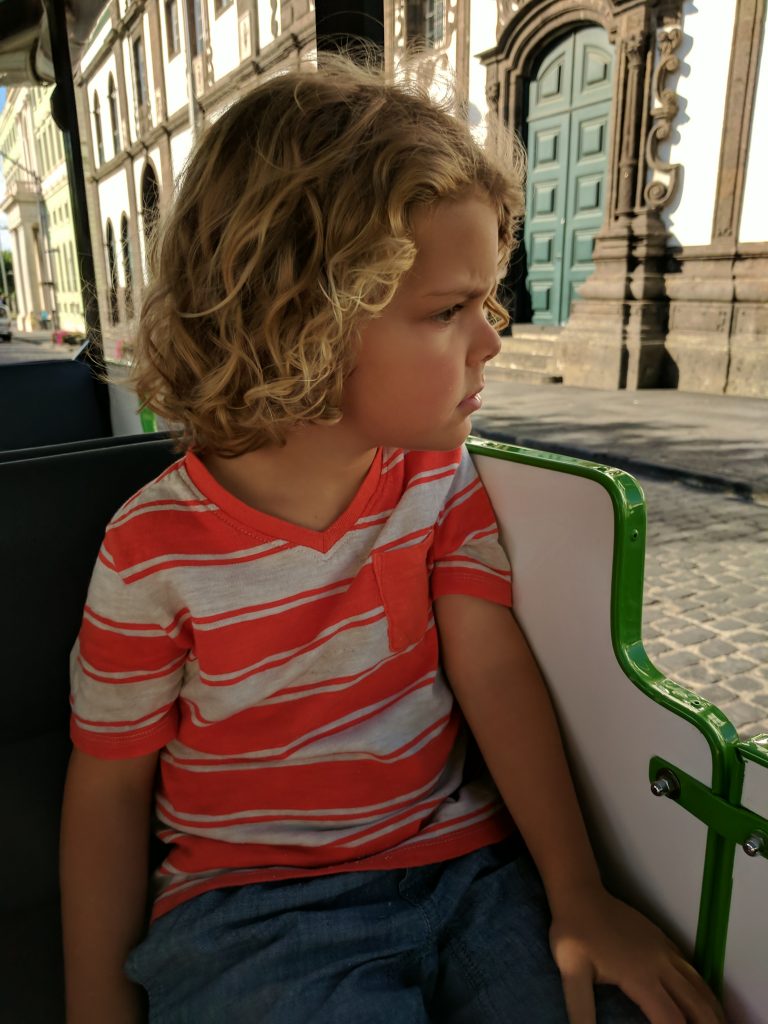 Very serious about the whole thing. 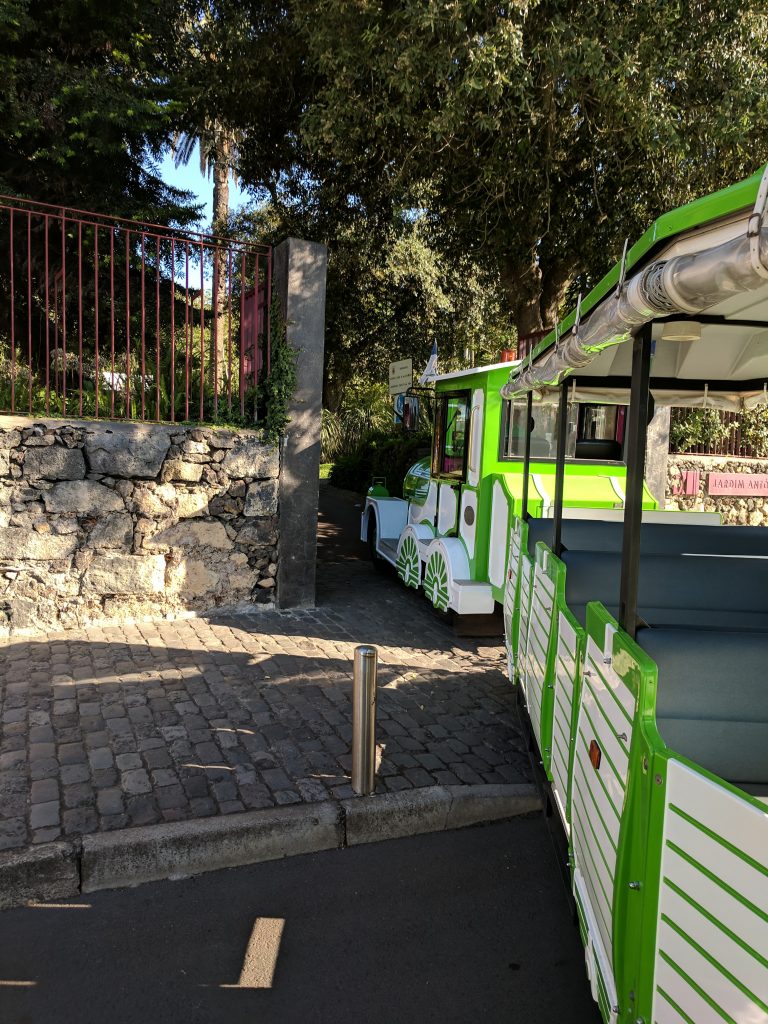 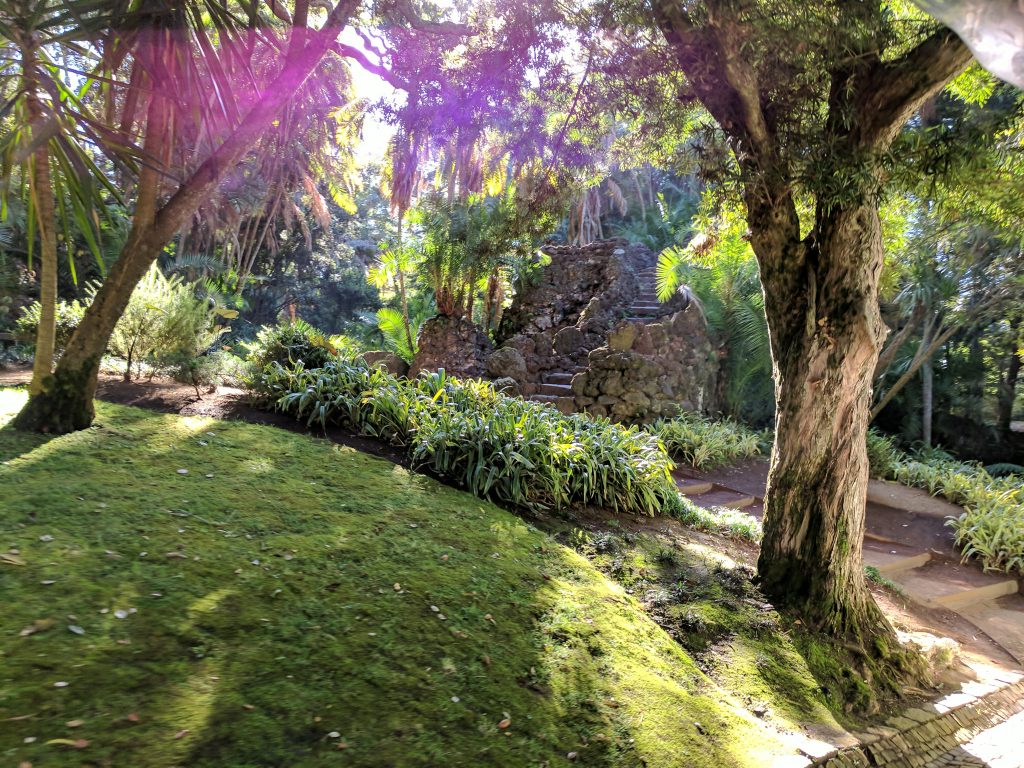 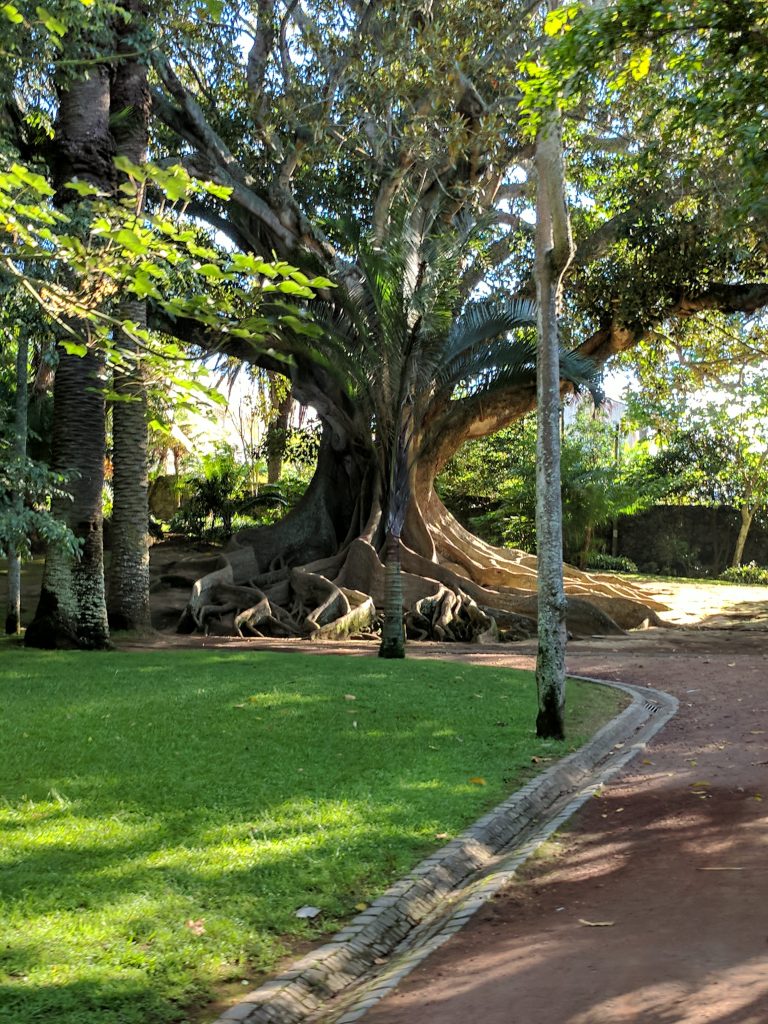 The most amazing trees! 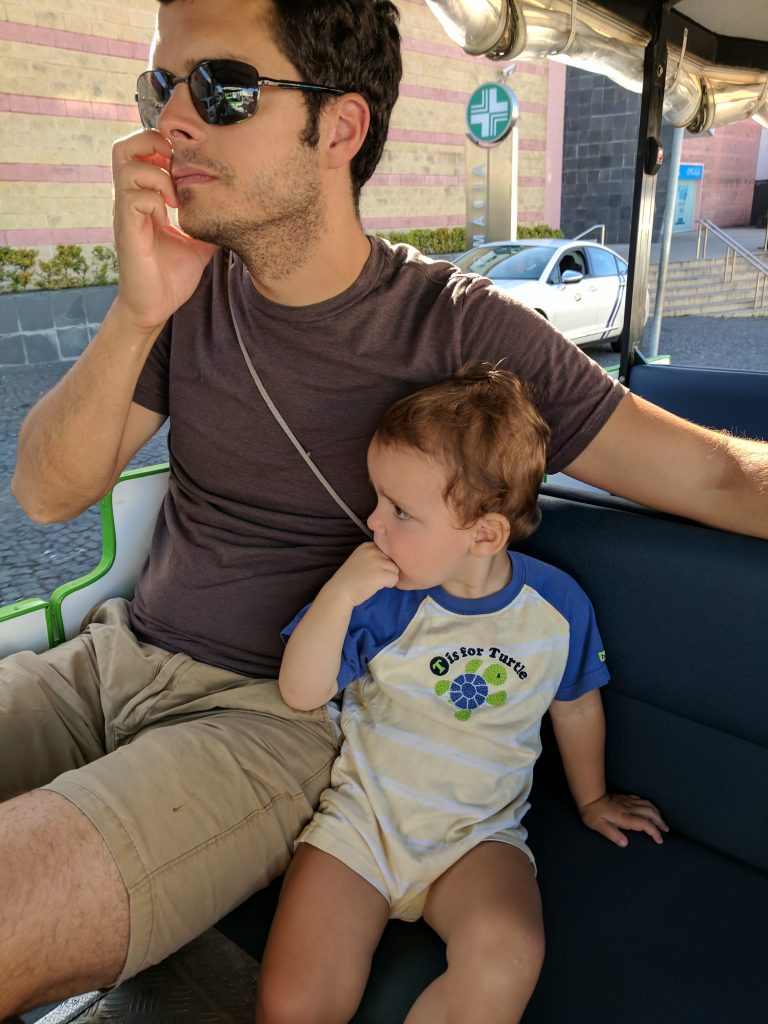 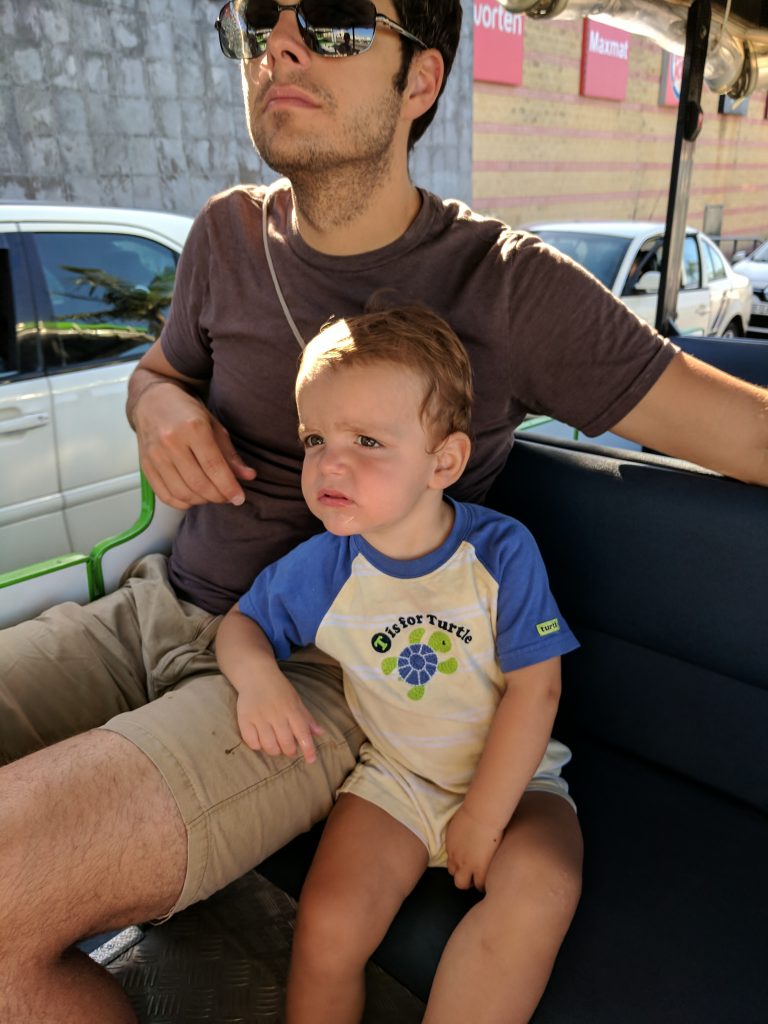 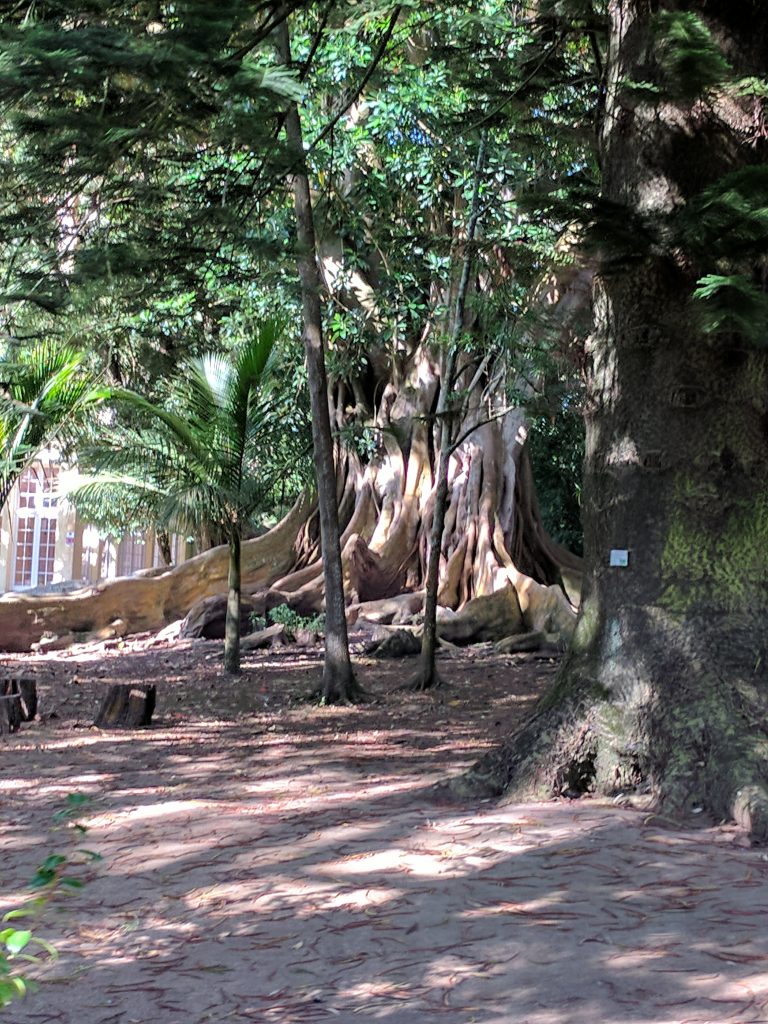 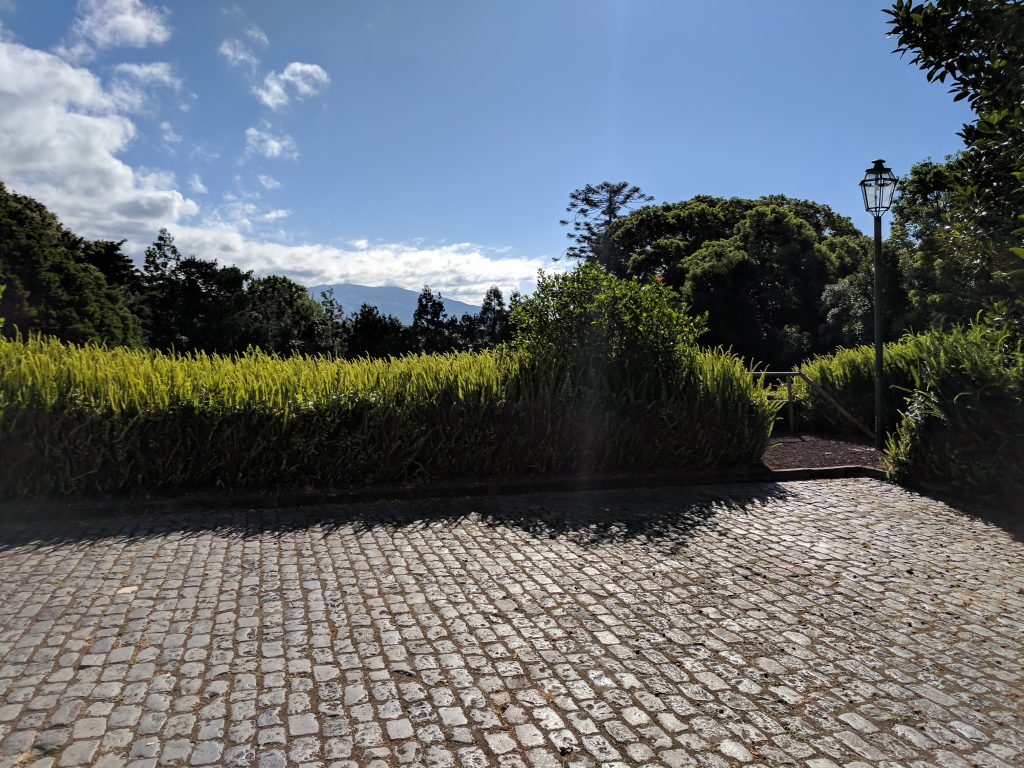 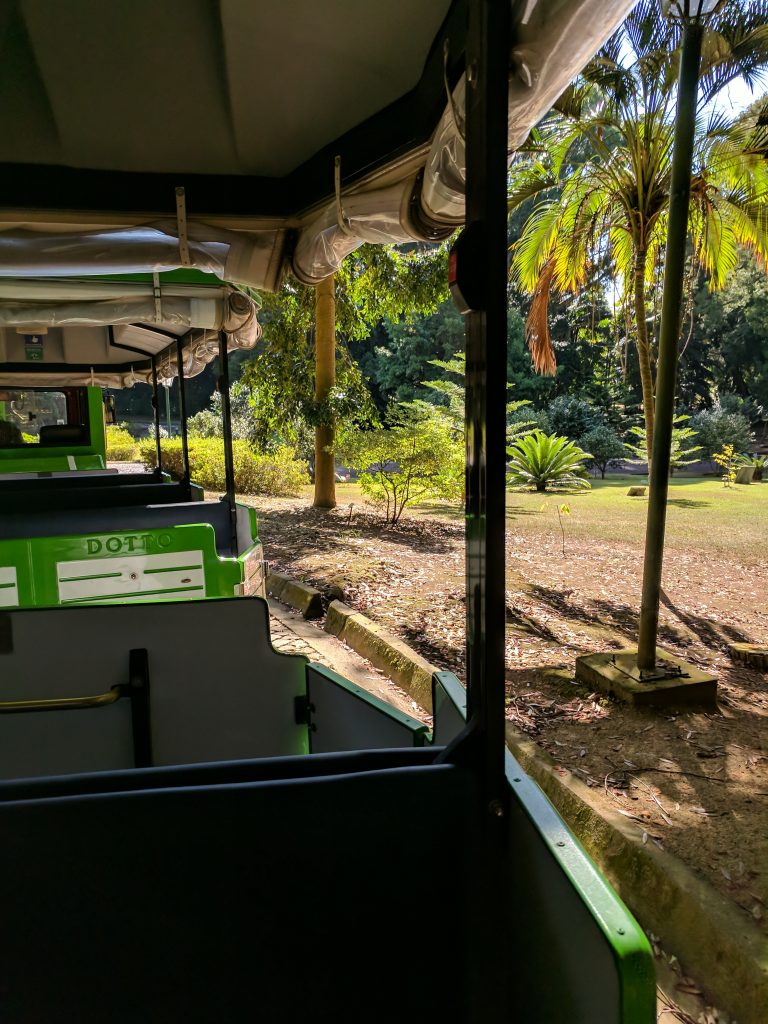 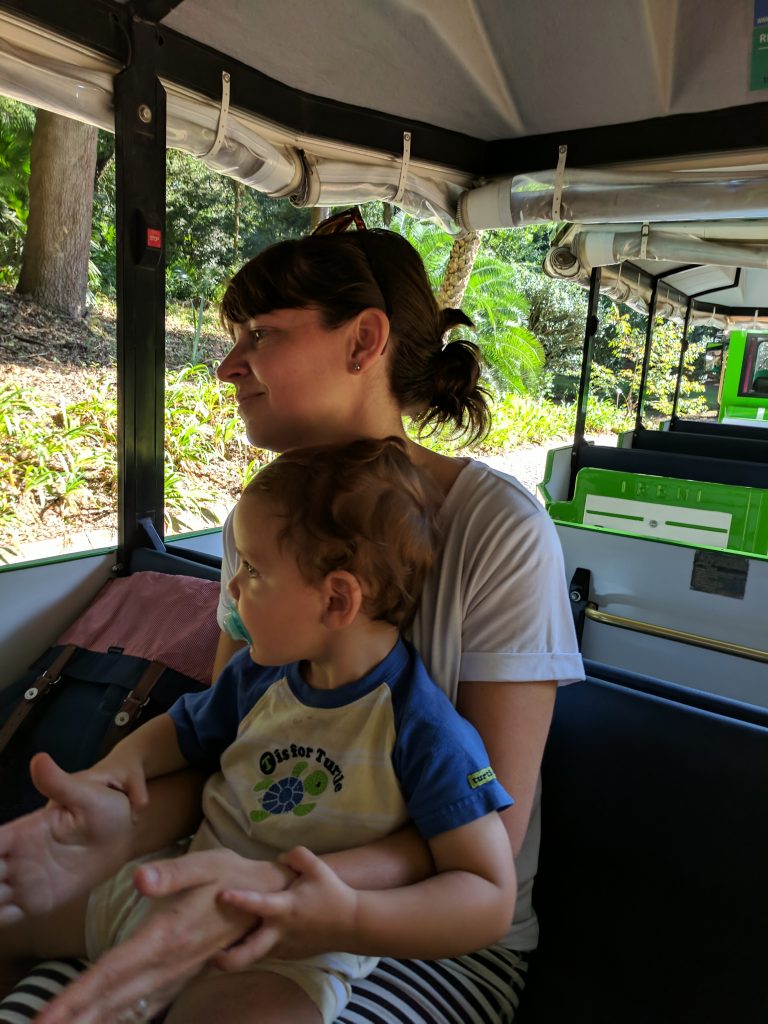 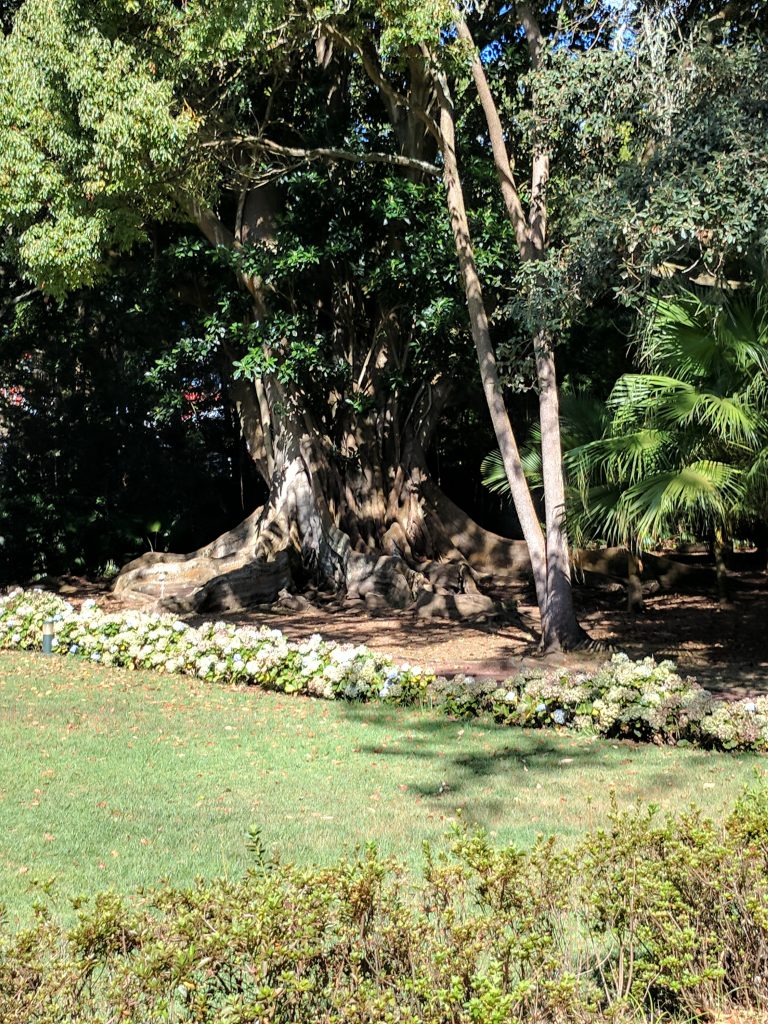 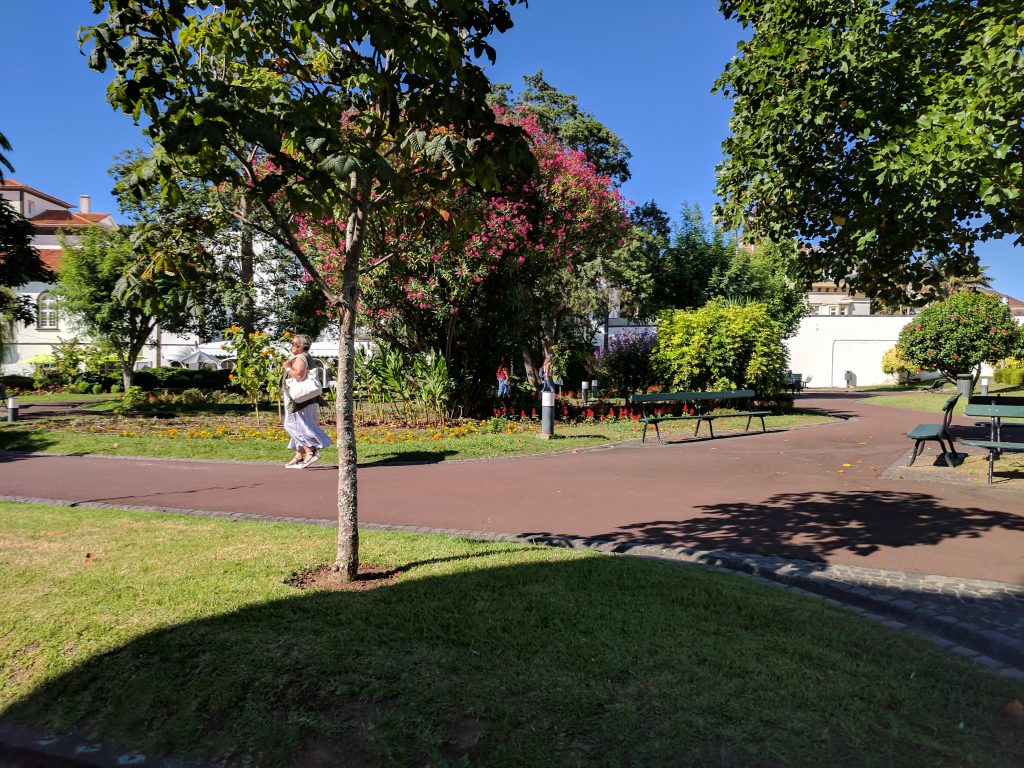 We ended up doing a second train tour as well — this one highlighting local architecture. After that, we wandered around the city for a bit to kill time until Tim’s selected lunch spot would open. 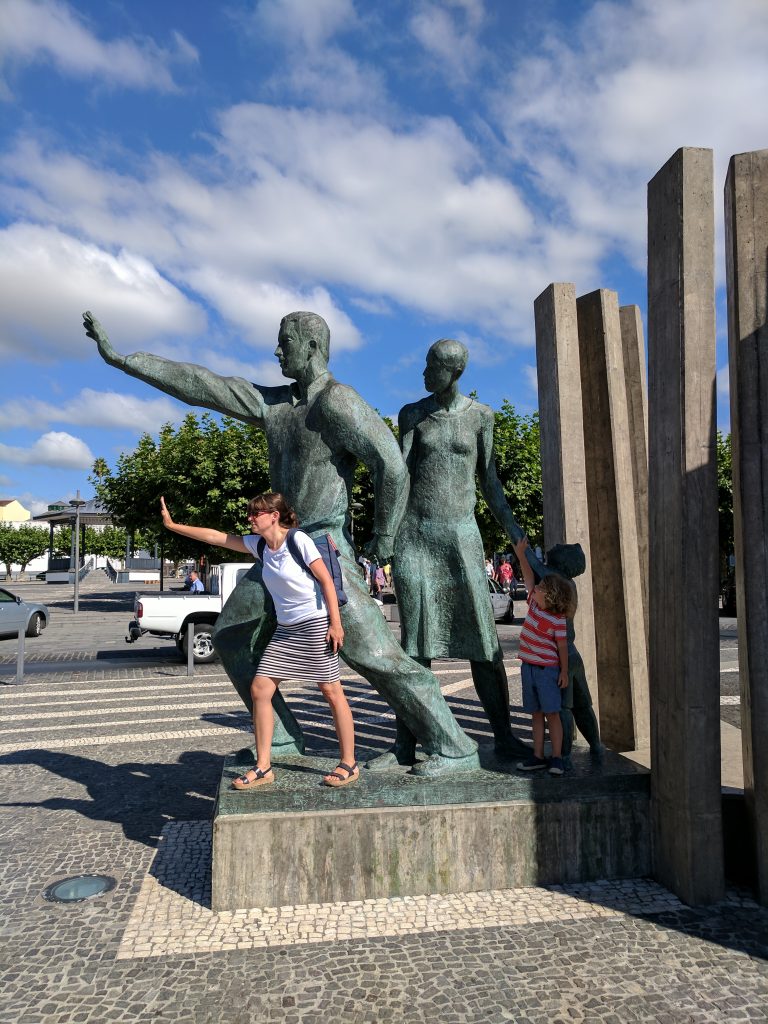 I tried to teach Soren the fine art of statue imitation. 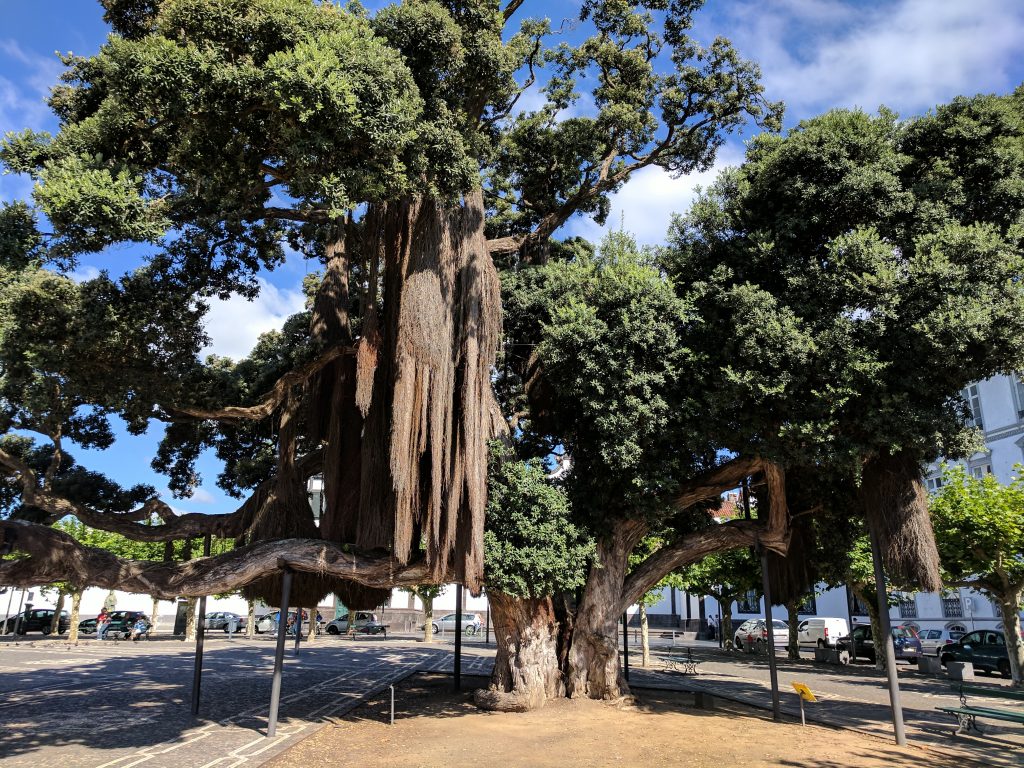 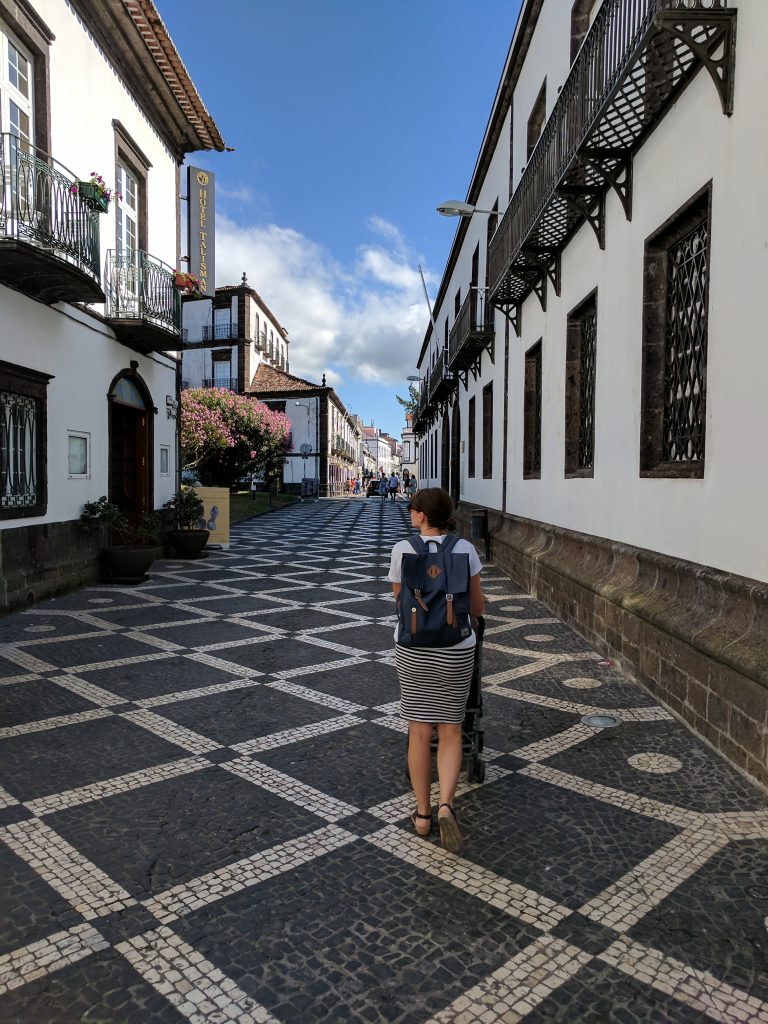 Can’t get enough of Portugal’s streets! 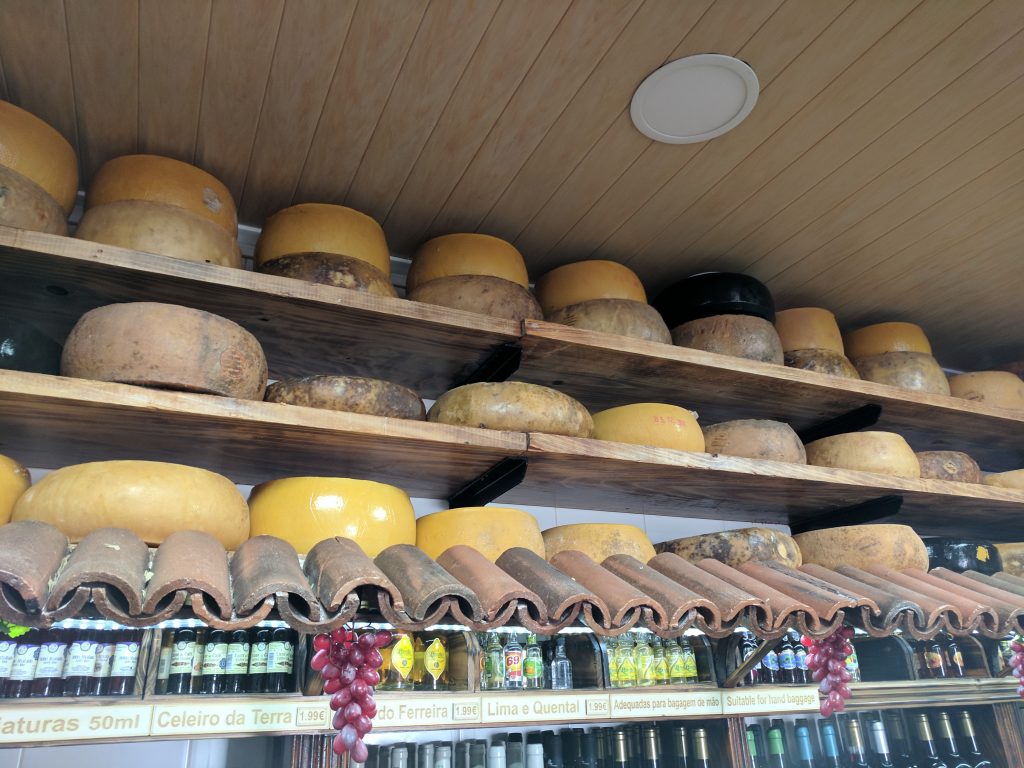 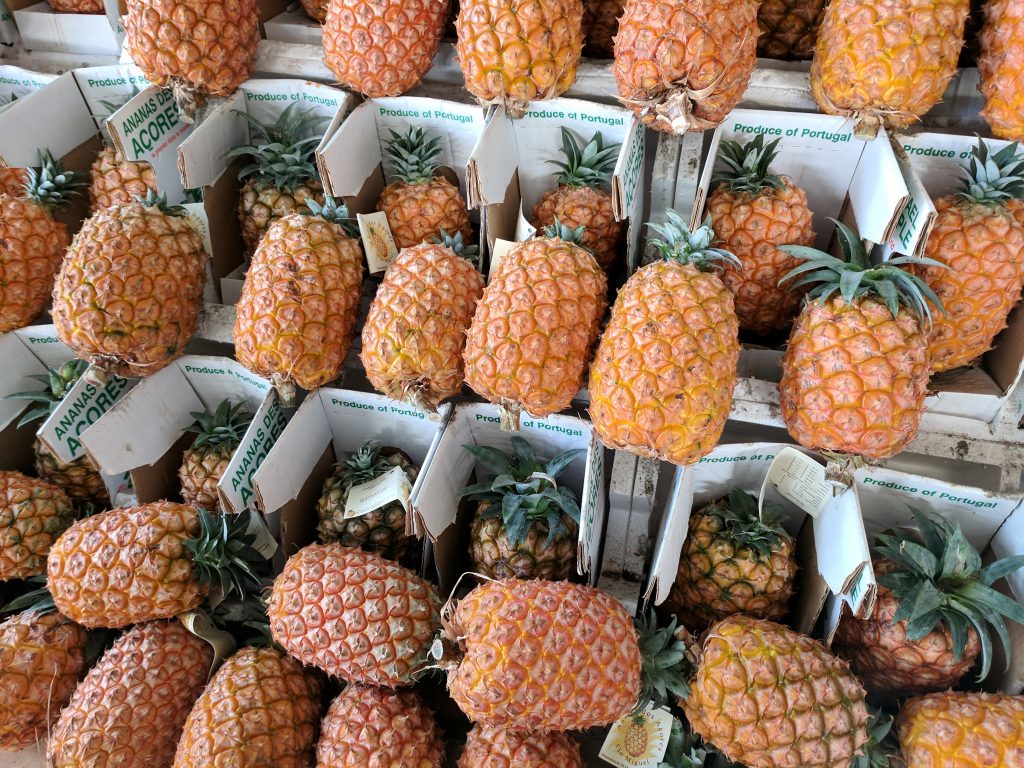 And then lunch. Tim had sought out the most non-touristy and local spot he could find with the best Portugal has to offer. It was tiny, and we were definitely the only non-locals there (also the only ones with kids). Shaw was crazy, which put a damper on things. But it turned out to be a trip highlight, since Soren decided he loved the grilled mackerel. We also had stewed beef and sardines. Plus lots of potatoes.

Tim’s favorite quote of Soren’s on the trip happened while at the restaurant, when Soren said, “You know what’s kinda cool? When you’re in a place and the food is different, you just kinda have to get used to it!” 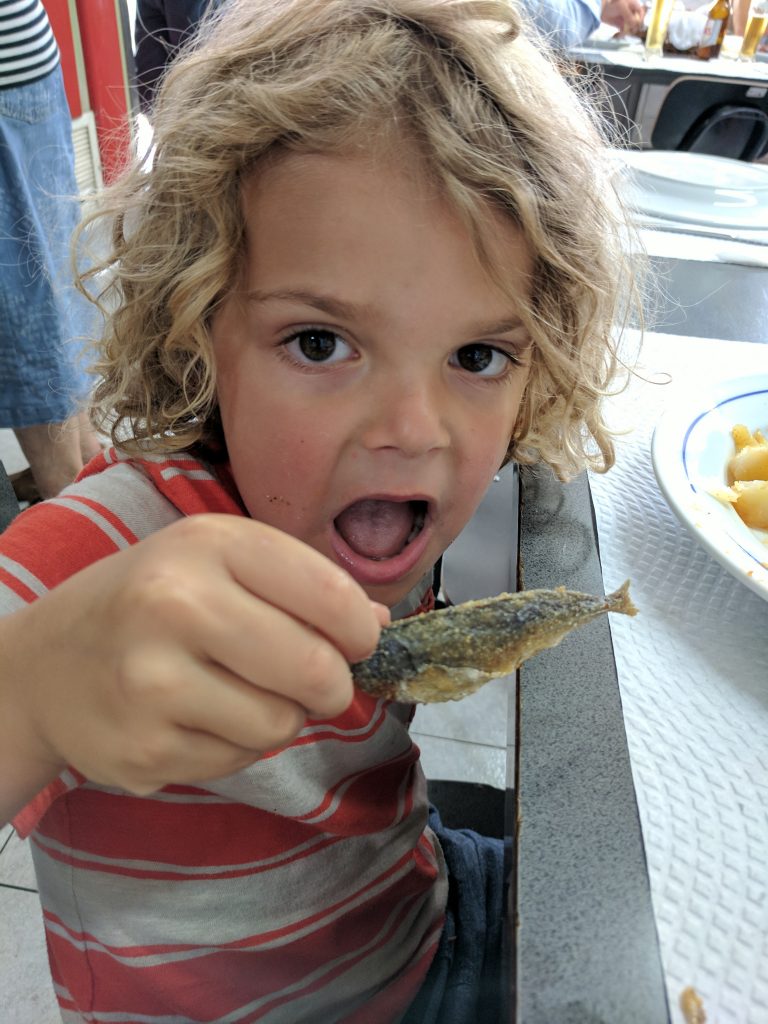 We walked home while Shaw napped in the stroller. There was not a single gelato place on our route, so we settled for Magnum bars and a fruity popsicle for Soren. 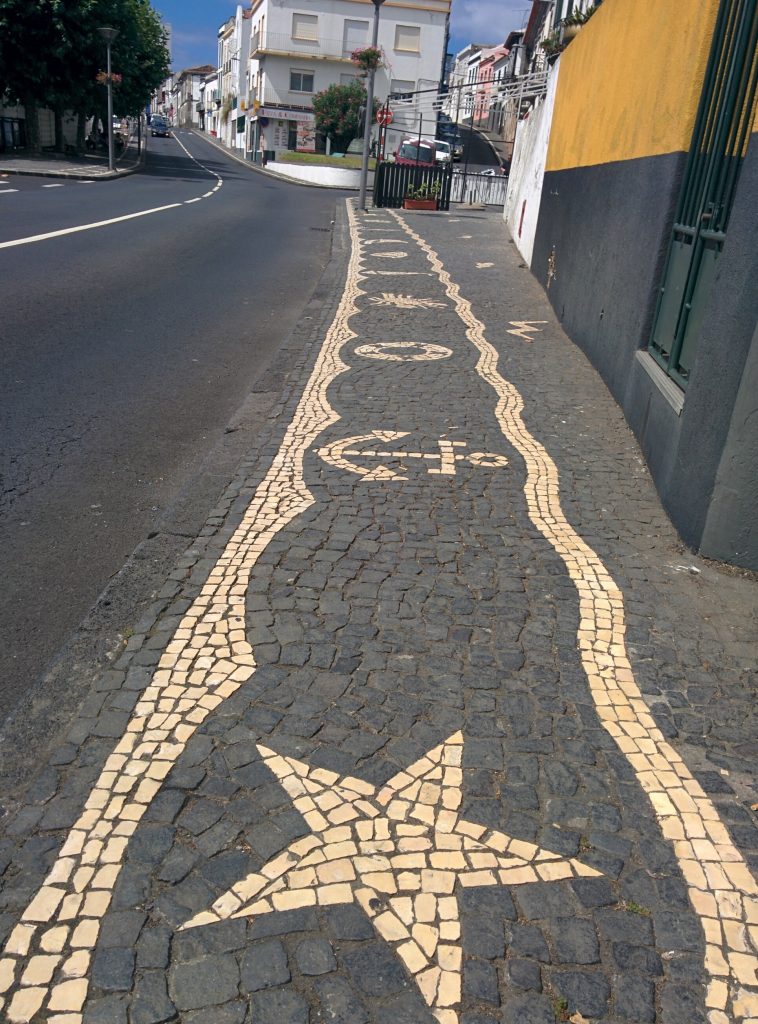 And just like that, our trip was over. We packed up, walked to a nearby hotel to call a cab, panicked when it took forever for the cab to come, then eventually headed off to airport.

I had jotted down a few other trip notes, mostly cute things Soren said on the trip, and now I don’t have the context on some of these for when they happened or why:

At some point while we were split up into pairs, Soren told me, “I hope Tim and Shaw are having fun!”

When we were in Lagos near the stone arches by the beach, Soren said, “We have Duplos of those!” (We do have a few Duplo arches.)

Also, so many head pats. The kids received little pats on the head every day from lots of older Portuguese people. They were so friendly to the kids!

One day while Soren and I were walking back to our apartment from some outing or another, and I was probably sweating to death and out of breath going up and down all the steep sidewalks, I commented, “Portugal has so many hills!” And Soren, licking yet another popsicle, said, “Yeah, and so many treats!”

a few of my favorite things

This site is a participant in the Amazon Services LLC Associates Program, an affiliate advertising program designed to provide a means for sites to earn advertising fees by linking to Amazon.